I’m Felicity Azura and I’ve been an adult performer for four years.

But did you know I’ve also been an acrobat for three years?

I have been trained on 7 different apparatuses, but let’s focus today on pole.

In my region, acrobats normally are skilled with at least two apparatuses. This may not be the case in your region.

And most strippers don’t learn how to pole dance before getting hired at their first strip club. I’m of the minority that pole danced for years (on both static and spin poles) before I became a stripper.

I evade telling photographers I’m an aerial model because they assume that I capture photographs using a drone. I say acrobatic model instead even though aerial arts is synonymous to acrobatics. That being said, plenty of people assume every acrobat must be working in Las Vegas or in some vaudeville traveling circus.

Terms like ‘pole hobbyist’ and ‘pole fitness’ are new. A pole hobbyist is someone who pole dances for fun and is not a stripper. I’m definitely not the first person to point out that pole competitions and pole conventions wouldn’t exist if strippers hadn’t paved the way.

Coincidentally, a lot of my peers and I started pole dancing in February of 2018. We all had our different reasons for starting. We all became friends after pole fitness brought us together. I’m not going to share the personal details [1], but Autumn of 2017 was one of the hardest time periods of my life.

Sex work and acrobatics saved my life. I started online sex work just two months before I took my first circus class. I had recently turned nineteen years old when I walked into my first aerial arts studio.

My pole mom was a bodybuilder before she opened up her business. She learned pole dancing in her 50s and opened up one of the first pole studios in my region in her late 60s. She is still a dance teacher despite being in her 70s.

That’s proof that sex workers, and women in general, can only get better with age.

I’ve competed in only one pole competition so far. I still don’t understand how I was placed in last place. I uploaded my video to youtube so you can see for yourself [2]. I hired a professional videographer and rented a venue that has an LED pole. It’s so versatile with all its color combinations, I will absolutely rent it for as many virtual competitions as possible.

I love choreographing to songs about human nature about reminding my dance audience to be kind people. So I chose “To Be Human” by Marina. The dance routine was similar to a routine I performed at a student showcase in 2019.

In 2019, I choreographed to “All We Do” by Oh Wonder [3]. I first met my lover around the time of that showcase. When you watch the videos back to back, you can see how much I’ve progressed in my pole journey.

What hasn’t changed is my spirit. While it would be nice to win titles and accolades...at the end of the day, dancing is about self-expression and bringing people together.

Around the same time I performed “All We Do”, I auditioned at a strip club for the first time. It was an extremely distressing night. I recorded a patreon exclusive episode of my podcast about that night with a witness [4]. I felt like crying every single time I saw another person pole dancing afterwards for at least a month.

I didn’t want to give up poledancing. But I finally understood why some former strippers, who developed toxic habits during their club days, can’t even look at a pole now without feeling discomfort. What helped me fall in love with pole again was getting a large acrobatic tattoo over my ribcage. My tattoo artist is also the first boudoir photographer I’ve ever hired!

My region is slowly transitioning pole competitions from virtual to in person again. One in October is having a premiere like never before--they rented a humongous movie theatre! So instead of watching self-recorded, submission videos through a crowdcast link...audiences can watch contestants on the silver screen like a film festival!

I still have stage fright. I’ve had emotional highs and lows but if one thing is for certain--it’s that I’ll keep dancing while I’m still alive.

[1] You can listen to my first episode of Pro Cuddle Hustle Podcast if you want to know the specific details. 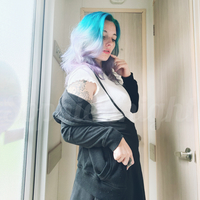 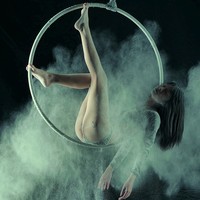 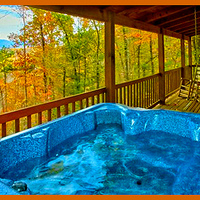 On The Road To Bliss 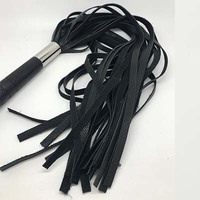 Bound For Love
all articles